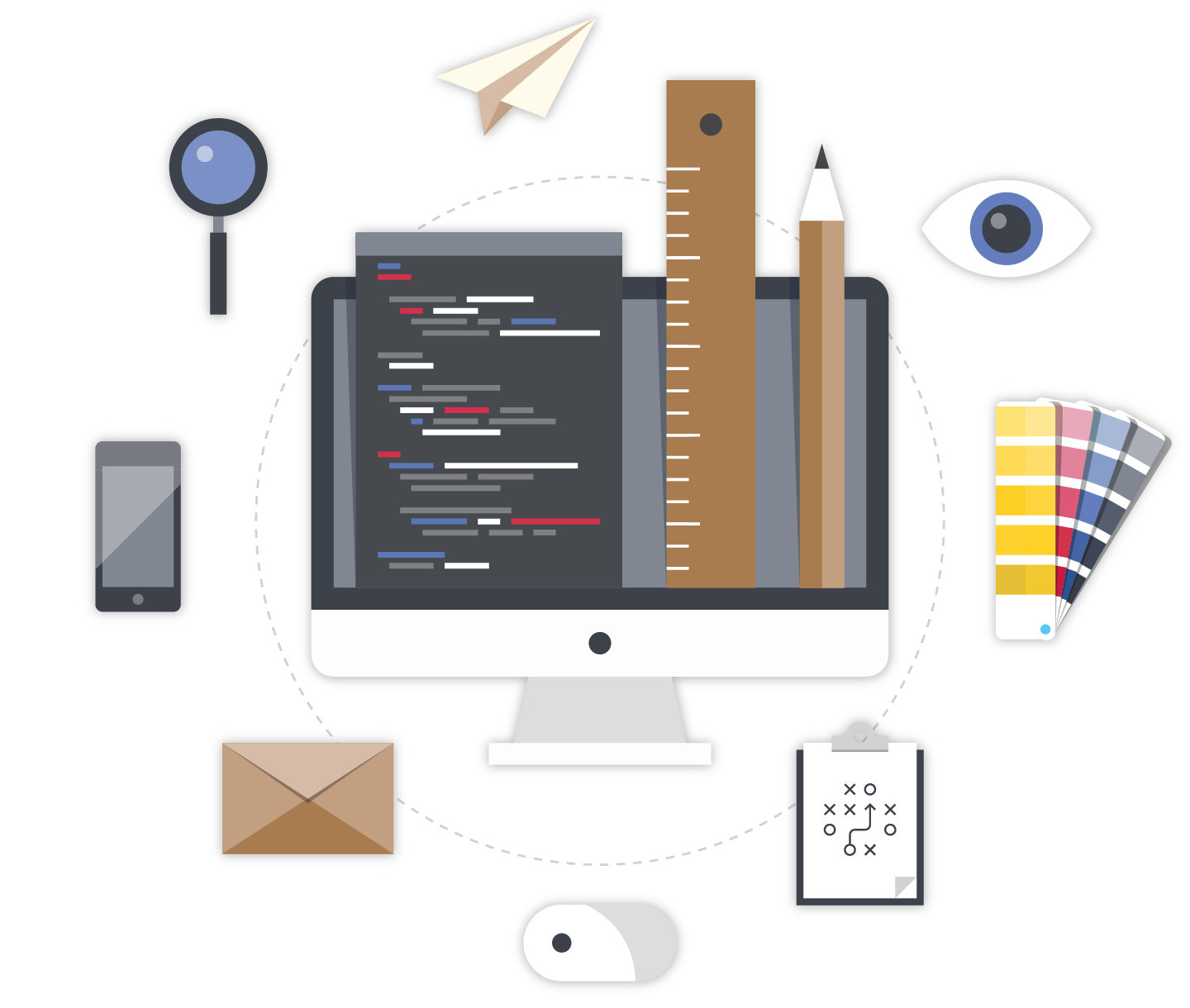 CYCLE Interactive was founded in 2004 and is based in New York City. We have helped a variety of clients large and small, local and far. Our core competency is in digital media, particularly web-based technologies. We like working with small, innovative organizations and offer a broad spectrum of solutions. We take a holistic (as opposed to specialized) approach to problem-solving because we believe multiple solutions working in synergy is more effective than one specialized solution working in isolation. Today, everyone is so specialized that there is a shortage of people who can competently manage the specialists. We know how to speak to artists as well as engineers. We don’t simply listen to what you tell us to do; we love understanding how your business or industry works, offer our insights, and coordinate our efforts with all the other aspects of your organization. 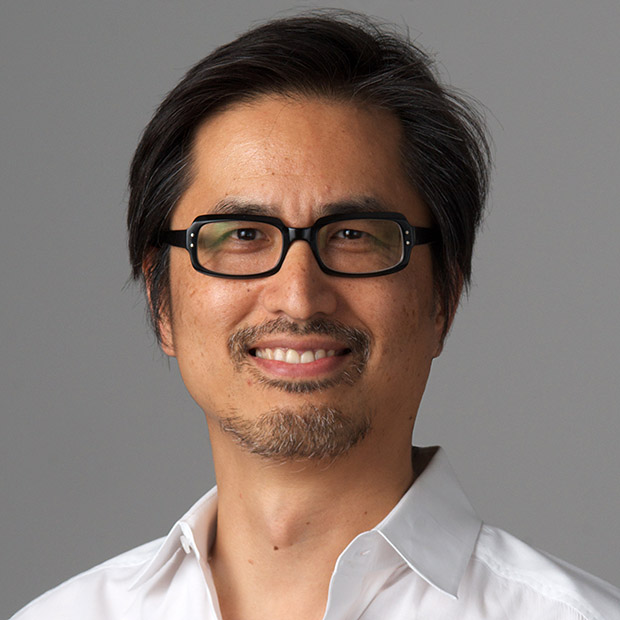 I was a computer geek in high school in the mid-80s, writing my own database application to store the performance specs of production cars which I was obsessed with at the time. But then I moved to New York City to study fine arts in college. It hasn’t been easy straddling between art and technology that most people consider incompatible. Even to this day, when people ask me what I do for a living, I’m not sure which aspect of myself I should describe. If I described both, I would sound like an egotistical know-it-all.

After college, I went to work on Wall Street, sitting on the trading floor creating spreadsheets for traders to price interest rate derivatives. It was a strange transition, indeed, but someone saw my inner geek and gave me the opportunity. I had to teach myself calculus. Most students complain about having to study calculus because they would never use it in real life; ironically, I had never studied it in school but I had to use it.

After my six-year stint on Wall Street, in the mid-90s, I migrated to the world of Dotcom. At the time, it was super easy to get a job in that field. If you could manage to get a website up, you got a job. I went a bit further; I created my own website using only Java Applet. It was (still is) a weird thing to do. Part of the impetus for using Java Applet was to control the design elements precisely and animate them, which was the same reason why many designers embraced Flash many years later.

I got a job building an intranet for Elektra Records, an internal system to manage their database of artists, discography, contacts, sales data, etc.. They were way ahead of their time. The idea of building such a system using a web server and the browsers on everyone’s computer was quite risky given that no proven frameworks for it existed in the 90s. I spent a few months just researching what technologies were available. In the end, we wrote a server-side Java application and it was successfully deployed. I did the design work too. I wanted it to look as impressive as it technically was.

Since then, I’ve built countless websites and web applications. What I love about the web is that I can see people use what I created. And, unlike with paintings or sculptures, I can continually improve it by getting feedback from the users. Web apps grow up like children. As in parenting, it’s a continuous learning process.

Another aspect of web development I love is the fact that I get to work in many different industries. Through my first web project, I learned how the music business works. Since then, I’ve learned about pharmaceutical business, restaurant business, nonprofits, education, film and video production, consumer electronics, fashion, biotech, public relations, startups, venture capital, human resource, etc., etc..

And, of course, I love the fact that the web is a highly visual medium. I care a lot about how our applications look. Something we use every day should look and feel pleasing. Just like a well-designed office space, a well-designed collaborative app can boost the morale and enhance the team spirit and identity.

Creating an app isn’t as black and white as one might assume. Like directing a film, there are many different ways to interpret and realize the vision. Two different apps might on paper do the same thing but one could ruin your day while the other might work so effortlessly that you don’t even notice how it works. I strive for the latter. After all, there is a reason why you want me to build it; what it does and how it works should be designed to fulfill that goal.

If I sound like a know-it-all, that’s because I do want to know it all. I’m not happy specializing in one thing. I’m more interested in figuring out how things are connected than in what each thing is. I believe this is the key to creating an application that achieves something meaningful. 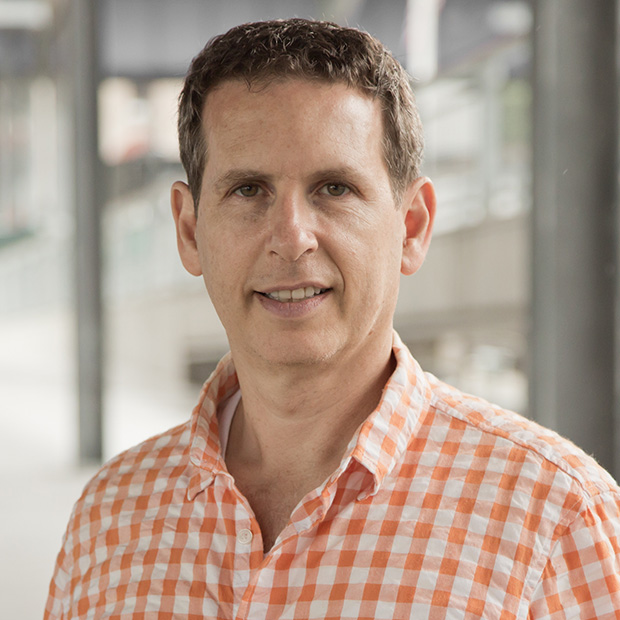 I was that kid – the grade school AV geek who took pride running the film projector at school assemblies. By high school I was volunteering for the AV department so I could get my hands on “professional” video equipment, becoming a year book photographer after acquiring my first SLR camera at age 14. I also was highly entrepreneurial, starting a neighborhood dog walking and a lawn care business at age 12 (which helped me save money to buy that SLR!). Putting those passions together has been my driving focus ever since.

My first industry break was an opportunity to work for an up and coming commercial director in 1985, followed by a series of gigs working for photographers, commercial production companies, ad agencies and corporate communication groups. I was on a roll. Before long I felt confident enough to take a shot at setting up my own shop, KSK Studios, it’s still running today.

KSK started out simply enough, providing high quality video production services to producers and broadcast networks, but over the years, as the company grew, I shifted my focus to developing highly crafted, award winning content and communications for a wide range brands in a variety of industry segments.

When Dyske Suematsu teamed up with me at KSK, he helped build it into a full service, cross platform, content creation company. We built a reputation for creating elegant solutions for challenging projects, an ability to effectively communicate complex ideas that supported and helped build brands while always maintaining high aesthetic standards on every job.

Over my career, I’ve been fortunate to work with a broad client mix including top names from Madison Avenue, Wall Street and Main Street. I’ve created TV commercials for agencies, developed programming for a major cable network, directed countless marketing films for major brands and produced live events for pharma and biotech companies. Together with Dyske Suematsu, I’ve been deeply involved in the creation and evolution of brand identities and a wide variety of web development projects as well.

My ability to help clients step back from their business initiative and see “the forest for the trees” from a client perspective, led to KSK being tapped as a preferred agency to one of the Big 4 Accounting / Consulting firms for over 6 years now, helping them identify how to better communicate highly complex strategic initiatives of their business consulting practices.

Today, my focus is on working more intimately on communication and brand development projects with clients both large and small, a feat that requires me to operate on a simpler level. Less overhead management has meant more time to focus on the project and allows more time to be creative. Joining Cycle extends my ability to confidently offer top tier brand, web and application development services to my clients and to help Cycle develop strategic communication solutions for its client’s mission critical initiatives. 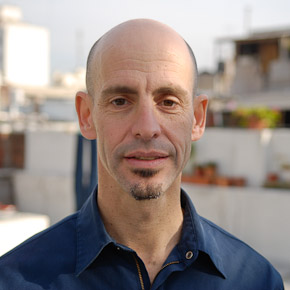 I first learned about visual communication as a young photojournalist, but from working at a newspaper was drawn to graphic design. After a few years of producing and designing publications, including one of my own, along came the emergence of the Internet in the mid-1990’s. The potential of web sites to communicate and innovate was too compelling to resist.

Eager to learn from experience and my talented peers, I cut my teeth at companies which broke a lot ground in defining this new medium. As a staff member at Hotwired (of Wired magazine), CondeNet, and Phoenix-Pop I saw how critical my common-sense approach was to this medium. The approach of creating stuff that puts the audience (users) first, to give them something of value, no matter what the day’s trend brings. Since then, I have integrated the more formal practices of Usability and Information Architecture into everything I do.

After growing within these organizations, it was time to set out on my own, designing and building Web-based solutions for small to medium businesses and organizations. Dyske has been a close friend since the days when we were roommates while studying at the School of Visual Arts in New York. We have always maintained a connection, sharing what we have discovered from our distinct perspectives.

In late 2006, I moved from New York City to Buenos Aires, Argentina. Though just a few years ago, at the time it was not common to be so far away geographically from one’s clients. However, it worked out, even better than I had imagined, and since then I have developed strong working relationships with clients and colleagues in many places (a few of whom I have never even met face-to-face).

I’m now back in New York City, but what I learned in Argentina informs the work I do both professionally and creatively, and I still work with some clients in the southern hemisphere.